There have been may times in U.S. History where American creativity and ingenuity have produced things that have raised the bar to an incredibly high standard. The creation of the SR-71 Blackbird spy plane was one of those times. Never shot down... never captured... never equaled, the SR-71 has come to represent American excellence at it’s best and I’ve always wanted to build a vehicle to recognize that incredible achievement. The opportunity came when Cornwell tools announced it’s 100th anniversary and their desire to be involved in a project that brought attention to that landmark event. So, I came up with the idea for the SR-71 Rapid Tool Express. It would not only be the world's fastest tool delivery truck but it would also pay tribute to the amazing SR-71 by being built with products from companies that show that same level of excellence found in the Blackbird and Cornwell tools. I chose a '59 Ford panel truck because 1959 was a pivotal year in the development of the SR-71. It was the year they came up with the “stealth” technology that gave the SR-71 its unique shape and ability to avoid radar. As you can see by the parts listed below, the SR-71 Rapid Tool express will be very unique... and very fast... just like the airplane! 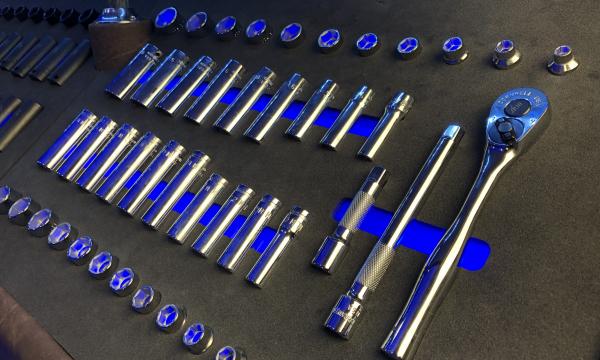 This build brought to you by Cornwell Tools