The Banshee project came about because everybody is getting sick and tired of watching all these wonderful, classic muscle cars go up in price, and the owners suddenly begin thinking their Camaro or Mustang, or whatever, is now a priceless artifact and too valuable to drive. So, we’ve got a whole bunch of people sitting around in lawn chairs, polishing their “baby” with a diaper and talkin’ about the “good ol days”. What fun is that? To make matters worse, there are a lot of gearheads out there who would love to get their hands on a classic muscle car so they could really DRIVE and enjoy it but they just can’t afford it. So, I decided it was time to go back to the original mindset of Carroll Shelby and the Cobra, stuff a high horsepower V8 into a tiny, late model sports car and call it the "Banshee”, because it is going to be a screamin’ machine.

The first generation Mazda Miata was a perfect choice for this kind of transformation because just like the AC Ace that Carroll Shelby used, it’s generally considered a girl, sissy car – and about the farthest thing from a macho, hot sportscar as you can get. But, if you dig past the Miata’s image, you find a pretty serious sports car platform under the skin... Perfect to tweak with! The best part is, by using a mid-90’s Mazda Miata, you not only have a car that is readily available…

History of the Mazda MX-5

The MX-5 was unveiled at the Chicago Auto Show on February 10, 1989, with a price tag of US$14,000. The MX-5, was made available for delivery to buyers worldwide in the following dates: May 1989 (as a 1990 model) in the US and Canada; September 1, 1989 in Japan; and 1990 in Europe. An optional hardtop was made available at the same time. Demand initially outstripped production, fueled by enthusiastic press reviews.

For the 1994 model year, the first-generation MX-5 was freshened with the introduction of the more powerful 1.8 L (110 cu in) BP-ZE engine, dual airbags and a limited slip differential in some markets. The chassis was substantially braced to meet new side-impact standards, most visibly by adding a "track bar" between the seatbelt towers inside the car, but also to the front and rear subframes. Also, 1994 and 1995 were the only years in which Mazda offered a light metallic blue paint (Laguna Blue Mica), making these cars rare collectors cars to some. 1994 also saw the introduction of the "R" package, a sport-themed package with Bilstein shocks, stiffer sway bars, returned springs, subtle front and rear underbody spoilers, and a Torsen LSD. Air conditioning was optional, but the "R" package was not available with power steering, leather, or an automatic transmission. It can also be identified by a red Miata badge on the rear instead of the usual black. No body style changes were made, however.

The new 1.8 L (110 cu in) engine produced 98 kW (131 bhp), which was then increased to 99 kW (133 bhp) for the 1996 model year. The base weight increased to 990 kg (2,180 lb). Performance was thus improved slightly, because the additional weight was partly offset by the extra power. In some markets such as Europe, the 1.6 L (98 cu in) engine continued to be available as a lower-cost option, but was detuned to 66 kW (89 bhp). This lower-powered model did not receive all the additional chassis bracing of the new 1.8 L (110 cu in). Japanese and US cars were fitted with an optional Torsen LSD, which was far more durable than the previous viscous differential. 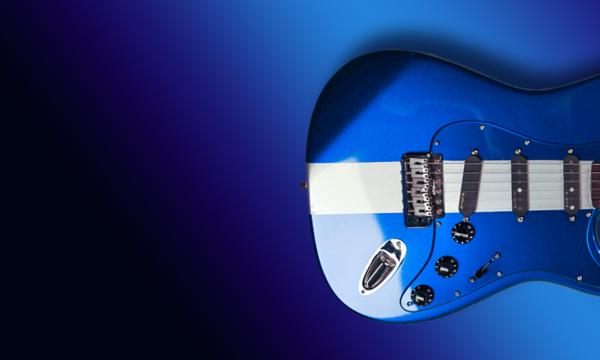 The Banshee is a ’95 Mazda Miata that we stuffed a 400hp 302 Ford into. Since the whole point here was to take a cheap Japanese car, and stuff some good ol’ American horsepower into it, the guitar had to reflect that. Malcolm Pritchett at West Kentucky collision put this one together by taking a cheap 80’s Aria Pro guitar (Japanese made) and stuffing some hot EMG pickups in it (American made).

7.5 Independent rear suspension out of '88-'94 Ford T-bird or Mercury Cougar

BBS Of America
Throttle and Hood Cables and Brackets