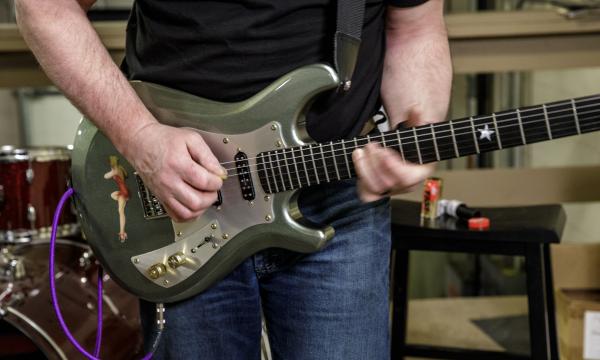 The Sgt. Rock project was such a natural fit for a killer custom guitar, that most people knew we were going to build one. However, it has been the most difficult guitar to build so far, because I truly wanted it to be special… the truck is so unique. Not only did we have to come up with something that looked the part, but it had to be able to play the part as well… literally! This couldn’t be something that just LOOKED good… It had to PERFORM at the highest level just like the truck does. 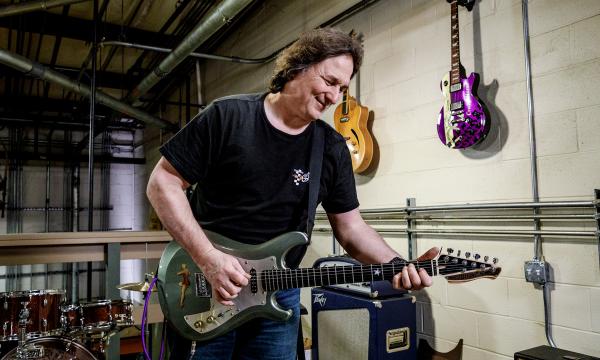 So after several years, and numerous prototypes from different manufacturers, the official Sgt. Rock guitar is finally done. It features the same paint, nose art, aluminum and rivets that the truck does… so it looks right. But it also has a special neck, fingerboard, body shape and pickup configuration, so it sounds and plays as well as it looks. No matter if you’re into the bite of single coils or the sing of humbuckers, Sgt. Rock can handle it… and whatever else you may want to throw at it. If you want to “play” with a song, get a toy guitar… If you want to seriously kick it’s ass, unleash the Sgt! With a limited production run from Tennessee Electric Guitar, that means only 25 people will be able to get their hands on one of the most versatile electric guitars ever made. I hope you enjoy it as much as I do!