Scalextric’s roots actually date back to 1952 when a small company called ‘Minimodels Ltd’ introduced a range of metal bodied model racing cars which contained a unique type of clockwork motor under the trademark ‘SCALEX’. By the mid-1950s, the models were modified to take small electric motors and the ‘Scalextric’ brand (‘SCALEX’-Electric) was born.

In 1982, an independent company was formed – Hornby Hobbies Ltd (later Hornby Plc) – and during the late-1990s production of Scalextric was transferred to China. The accuracy and detailing of today’s Scalextric models remain second to none.

As the world turned evermore to digital technology, Scalextric was not to be left behind and in 2004 introduced its first fully digital racing set (multi-car racing with lane changing functionality). Scalextric SportWorld was also introduced to allow racers the ability to hook their Scalextric sets up to the internet to create a global community through on-line racing. 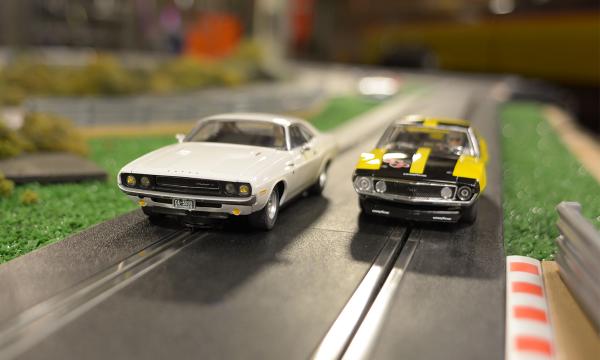